Have you ever had a time in your life where you wouldn’t go all in on something, or you were holding onto something for security, but it wasn’t ideal? For the purpose of this mindset, we’ll consider that a “crutch” in your life. After suffering a slip on ice while running just before Christmas, I’ve been on a journey of healing a broken ankle. Though it’s been challenging not being able to run, it’s been a time of slowing down to speed up, a time of growth and new beginnings. This is the third post in our Injured Runner Series where I share my journey and lessons I’m learning along the way to healing.

I’ve been off my feet for 80 days with a scooter or crutches to get me where I needed to go. It’s been a long haul, and, at times, it felt never ending. But, there was something about the crutch that made me feel protected. It made me feel safe. The crutch helped me manage on those icy days that I had to go somewhere. It helped me keep pressure off my foot. It ensured that I wouldn’t hurt my ankle again.

The Crutch Becomes a Barricade

But, ultimately, what the crutch became was a barricade to me walking again. It felt too safe, too comfortable, so much so that I had a hard time letting go of it. I had a fear of too fast, too soon. The thought of pain made me fearful. I knew it would hurt, but I was unsure of what hurt was okay. I had a fear of just not remembering how to do things. Learning to walk again seemed incredibly hard. Because of this, I held onto my crutches too long.

Crutches are useful when we NEED something to lean on, but they’re a nuisance to truly taking steps in the direction of our dreams.

I was supposed to start walking in the boot mid-February, but it just didn’t feel right, and I do need to listen to my body. It was a pain that I was unsure of, so I chose to hold off. I probably could have began walking in the boot right away in March, but it felt too risky. It was out of my comfort zone. I didn’t want to get uncomfortable in that aspect. I waited until I had had enough, a breaking point where I felt so defeated and discouraged that I didn’t want to do it anymore. I even had thoughts of giving up on running! Being active was hard. When you have to take a couple months off extensive activity, you get out of shape very quickly! Five minutes of core felt like torture. That’s when I knew that I knew that it was time to get going. I couldn’t have a self-pity party — at least not for long. I had to do something about the despairing feelings I was having. This whoa-is-me attitude was not okay.

I took a step of faith and got to it. I put full pressure on my foot — it was sore — but I did it. And you know what? It turned out just fine. My foot is sore, but it’s just fine. It’s healing. It’s doing what it’s supposed to. I needed to let go of my crutch to find that out.

A crutch can be beneficial for a time being, but it’s not ideal. It can aid you in recovery, but it’s a temporary fix. A crutch — when held onto too long — can be detrimental to us moving forward and truly pursuing what we’re called to do.

What is your crutch? Is there something you’re holding onto as a safety? Do you need to let go of that today?

My body could stand the crutches, but my mind couldn’t stand the sideline. — Michael Jordan

Crutches are useful when we NEED something to lean on, but they’re a nuisance to truly taking steps in the direction of our dreams. Don’t let a crutch take you out of the game. Take a leap of faith, let go of the crutch you have been relying on, and choose to move forward. 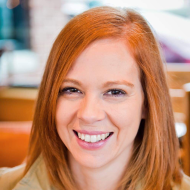 Get Rid of the Baggage Holding You Back! - Red Hot Mindset